Welcome to the English Aragonbilingüe Site

This site provides you with all the latest information regarding the bilingual project in Aragón. If you wish to contribute to the site with comments, materials or ideas and join the bilingual community please contact

If you are teaching the MECD-British Council integrated curriculum, you know how interesting can be using elements to make a strong British-Spanish connection for your students. Some are well known, like the story of Henry VIII and Catherine of Aragon, but some are not. The altarpiece of the small village of Anento in Zaragoza province, Aragon, has one of these less known connections. It is a gothic masterpiece painted by Blasco de Grañén in the 15th century which shows three stories about our Lady of Mercy, Saint Blaise and Saint Thomas Becket. Yes, Thomas Becket, the saint of Canterbury appears here and this is because his murder was a prefiguration of the problems the archbishops of Zaragoza faced at the beginning of the 15th century, a time of political instability in the Crown of Aragon. If you want to know more about this beautiful altarpiece, you can read this book, in Spanish, M.C. Lacarra, Retablo de San Blas, de la Virgen de la Misericordia y de Santo Tomás Becket de la iglesia parroquial de Anento (Zaragoza). Murder of Thomas Becket in Canterbury.

Talks for teachers from some conferences.

A wonderful thing about this global online world we are living in is that we can get access to some teacher training events which were recorded and uploaded to some websites. If you are interested in watching a couple of talks from two different conferences you can follow these links.

The first one is from the ELT British Conference held in Madrid on 1st October 2016 and is related to CLIL. Rebecca Place presents the idea of bringing the knowledge from outside the school into the lessons.

The second one is from the EdmodoCon held in San Mateo, California, USA, on 2th and 3rd August 2016. Stephanie Ward underlines the importance of sharing what happened in the class to the rest of the world.

Discoveries, explorers and rulers of the sea at Naveluna

A small project about the discoveries and explorers of the Early Modern Era in Social Science. The pupils could choose their task: a storyboard, a fictional diary or an oral description of a painting. There is a presentation that summarises the work of the students. You can download it in the following link: Students work Sociales Naveluna 2

This project was part of an interdisciplinary one built around Mathematics and Astronomy, called Naveluna, at IES Pedro de Luna, Zaragoza. Posted in Teacher training | No Comments » 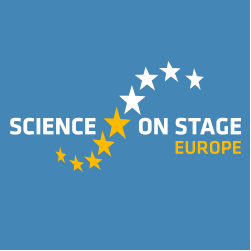 The science of football.

What is the perfect curve of a ball’s trajectory, what must the ideal turf be like, and what’s the CO2 balance of the UEFA European Championship?

Football offers a great variety of questions and issues for your STEM classes: 20 teachers from 15 European countries developed twelve teaching units, presenting interesting experiments around football for biology, chemistry, computer sciences, maths and physics. From the measurement of the mass of the air inside the ball, to the influence of energy drinks on the performance of the players up to calculating the chance of scoring during a penalty shoot-out the brochure contains a broad spectrum of interdisciplinary challenges for secondary school students. The various teaching units encourage them to discover the natural scientific phenomena behind the popular game.

Posted in C. - SECUNDARIA | No Comments »